Skip to content
This post may contain affiliate links, meaning we'll earn a small commission if you purchase through these links. Learn more

What does an ideal evening for getting together look like? Loud, heated discussion on politics, the stock markets or real estate, perhaps? While those sound like normal stuff, it is far from what most dream about especially when they have to forget about responsibilities for a few hours. Instead of drinking all night long, parties open doors for old friends to reunite while reminiscing about their childhoods and for new bonds/ friendships to form.

Despite technological changes, party games have remained the go-to form of entertainment for catching up over food and drinks. If you are planning a party and looking for party game ideas for adults, you are at the right place. Here are some of the best party games for your crew:

As labeled on the box, this is a hardcore game. It also goes ahead to say that the “Exploding Kittens Not Safe for Work Edition is a card game ideal for people who are into kittens and explosions, and boob wizards, and sometimes butts.” In a nutshell, this game is ideal for everyone in the world!

Before buying or playing Exploding Kittens, you should think of it as a fast-paced and a kitten-fueled version of the Russian Roulette. The game needs two to five players, and the players take turns drawing cards with the hopes of totally avoiding all the Exploding Kitten cards. If you invariably draw an Exploding Kitten card, you are dead because exploding kittens are dangerous. The only way to get around the Exploding Kitten is if you have a Defuse card that will distract the kitty from blowing up. Think about the catnip sandwiches, belly rubs, and laser pointers. You need all the remaining cards to mitigate, move and to avoid the exploding kittens.

If you have more decks, you can have up to nine players playing at once. Remember that this is the most backed project in Kickstarter history and all the cards have illustrations from The Oatmeal.

If you are looking for a game for horrible people, then get Cards Against Humanity – it is one of the best adult party games. Unlike other party games, this is the game that promises the most fun because it is as awkward and as despicable as you and your friends.

Being horrible as you are, you don’t need a complicated game hence its simplicity. When playing, each round requires that a player asks a question from the Black Card and then everyone answers with their funniest White Card. Simple, isn’t it?

Disturbed Friends – This Game Should be Banned

As the name suggests, this is the worst game ever! It isn’t for the light-hearted as it comes with 250 disturbing questions as well as 100 offensive cartoon #WINNING cards. By the end of the night, you will wish you never played this game.

Like every game, it comes with game rules as well as voting cards for a maximum of ten players but, this game is so simple, ‘a handicapped goat could play!’ This game will make you re-evaluate your friendships and also, you will hate yourself!

This is simply Charades with a Twist! Since charades is a favorite for most families you wouldn’t want you to throw away your family traditions, why not make charades a little more interesting by playing it in reverse? Instead of one person acting out the clue for the team to guess, the team acts out the clue for one person to guess, sounds like fun, doesn’t it?

This game is ideal for the whole family so; you don’t have to exclude some people. It is easy to learn and fun to play!

What Do You Meme?

First off, this game isn’t intended for children. Now that we are clear about that, ‘What Do You Meme?’ is the new party game everyone is talking about. It lets you complete with your family and friends by creating the funniest memes. The game has 435 cards with 360 caption cards and 75 photo cards.

You have to pair the caption cards with the photo cards when playing and a rotating judge picks the best combination in every round. Playing time lasts between 30 and 60 seconds, and you can have between three and twenty players.

Click Here To Check Out What Do You Meme?

WTF Did You Say?: A Party Game Against All Dignity and Morality

All humanity hates this game, and this is why you should have it at your next party! It gets bigger and better than your competition, and it stretches the boundaries of morality compared to any other game you will play. This game will take most of the night noting that it has 594 cards. 108 of the 594 cards are Red Rule cards while the 486 cards are White Cards. It is an incredible game that will take hours of playing, and you will all hate yourselves at the end of the game.

Click Here To Check Out WTF Did You Say?

This is an epic party board game that is both hilarious and offensive!  This game is better suited for fans of “imagination” games as well as persons with a general mentality of ‘the crude, the better.’ In one description, Draw What is being described as “It is as if Cards Against Humanity and Pictionary merged with Candy Land and Charades.”

It is a fascinating board game with a customized whiteboard and a dry-erase marker! There are 75 cards with 375 hilariously twisted words and phrases. There also are four custom game pieces with a dice and a timer – all to bring awkward silences as well as irrelevant humor to social gatherings!

Teams get to draw ridiculous things, and if your teammates can guess what you are drawing or acting out, then you move along the game. Along the road, you may come across go-go squares which double your roll or the No-No squares that send you to rehab where you’ll lose your turn!

This is a hilarious game that lets you pick which one of your friends is most likely to do something listed in the cards. To play, you pick a card, read it out loud and then decide who in the group should be tagged with that card and why. The person who ends up with the most cards loses!

Note that this game isn’t about guessing the friend who is stoned, stupid or drunk. Also, this game gets pretty real, and it isn’t for the lighthearted.

Click Here To Check Out DRUNK STONED OR STUPID

Never Have I Ever, The Game of Poor Life Decisions

This has to be the most played party game for adults, and it’s been played on The Ellen Show severally! It has 485 cards as well as 65 rule cards calling out on life’s most embarrassing, awkward and hilarious moments. This game lets you watch your friends spill the beans on their most embarrassing revelations. Be ready for a good laugh and some dark secrets!

Click Here To Check Out Never Have I Ever

This is one of the most exhilarating and a fast-paced party game. To play, pick a card, read out the seemingly easy topic, and start the timer. With only five seconds, you have to name three things that fit the topic. Sounds easy, right? Wrong! Players will get tongue-tied, and you will hear the funniest answers out of their mouths. So, get ready to laugh as the twisted timer makes a fun ‘zoooooop!’ sound as the marbles race down!

There are 576 questions on 288 cards and a 5-second twisted timer, plus rules! It allows for 3 or more players.

Did you have one of those votes in high school where all the students voted on what certain students would be “most likely” to accomplish? This is like that, but actually fun!

This is a hilarious game that reveals what your friends think of you – In a fun way. There are 200 cards with Questions like “Who gives the most awkward hugs” and “Who would survive the longest in a zombie apocalypse?”. You can also purchase expansion packs like The Voting Game NSFW Expansion that includes another 100 Question cards.

Each player places their vote on the chosen question and the player who gets the most votes can guess who voted them which leads to awesome stories being shared.

Who said partying has to be all about dancing? You can make the most out of the night or day by enjoying good food, wine, and a hearty game! Try any one or all of these party games and you’ll have a ball! 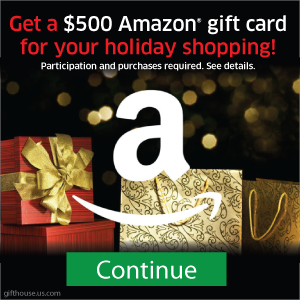 Boxabl Creates Tiny Homes That Are Amazingly Built Like a Box

Top Products on The Market To Get That “Piecey” Hair Look

Don’t “Dread” Your Dreads! These are The Best Products For Starter Locs

Begin typing your search above and press return to search. Press Esc to cancel.

This website uses cookies to improve your experience while you navigate through the website. Out of these cookies, the cookies that are categorized as necessary are stored on your browser as they are essential for the working of basic functionalities of the website. We also use third-party cookies that help us analyze and understand how you use this website. These cookies will be stored in your browser only with your consent. You also have the option to opt-out of these cookies. But opting out of some of these cookies may have an effect on your browsing experience.
Necessary Always Enabled
Necessary cookies are absolutely essential for the website to function properly. This category only includes cookies that ensures basic functionalities and security features of the website. These cookies do not store any personal information.
Non-necessary
Any cookies that may not be particularly necessary for the website to function and is used specifically to collect user personal data via analytics, ads, other embedded contents are termed as non-necessary cookies. It is mandatory to procure user consent prior to running these cookies on your website.
SAVE & ACCEPT